To be fair, we live to preserve our most beloved candy cabinets. HOWEVER let’s keep them in good state and with the dignity they once had! In this section, we examine some of the most horrifying atrocities committed against candy cabinets. If you have a history of heart problems, it is recommended you back out of this page now. 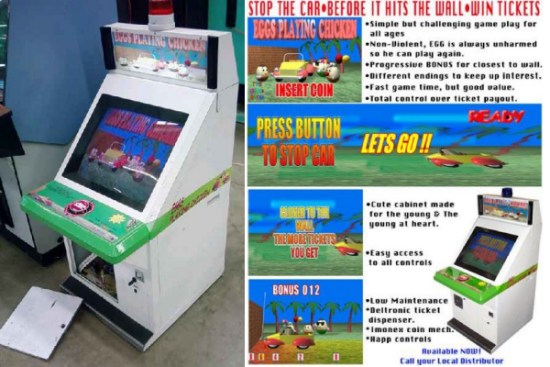 An arcade developer and operator devised these series of modified MVS-U4/29s to house one of their homebrew games. It is not known how many of these were sold, but if you see one, at least you know it’s “dedicated”. (Editor’s Note: This is actually Ken from The Game Room, he sells decent candies on eBay once in awhile and is very cool to deal with) 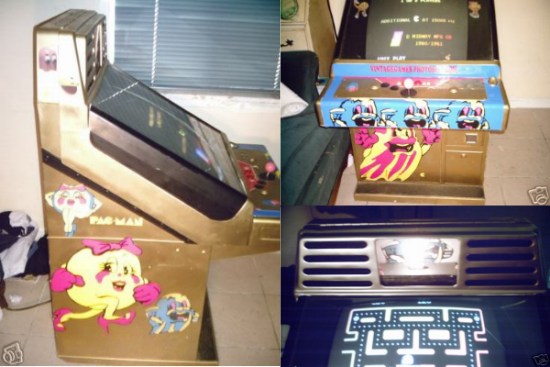 What do you do if you find an incredibly rare Konami Domy Jr in the United States? Why, you turn it into a gold Ms. Pacman and put it on eBay of course! 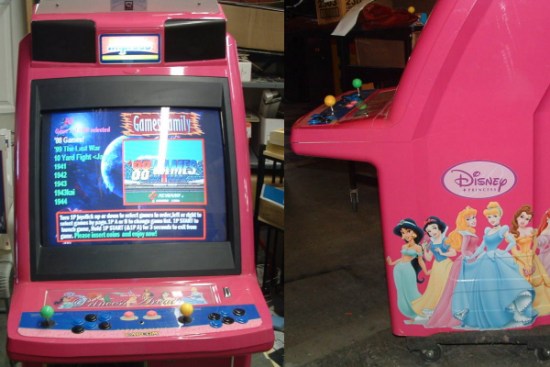 A seriously deranged operator did this to a Capcom Impress. You have to admit, though, the paint job and decals were done tastefully. 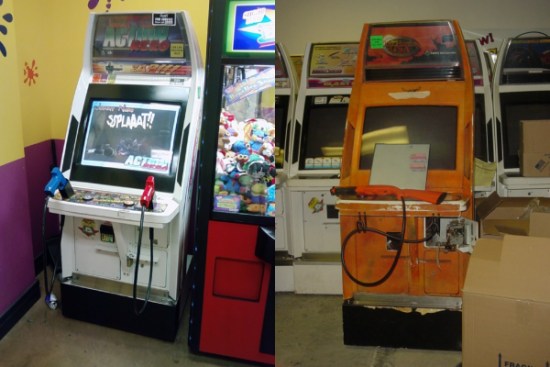 Blast City conversions are disturbingly common in the United States because of the high failure rate and rarity of Bass Fishing reels. The most disturbing of which is a Deer Hunting conversion, complete with sloppy orange camouflage paint job. 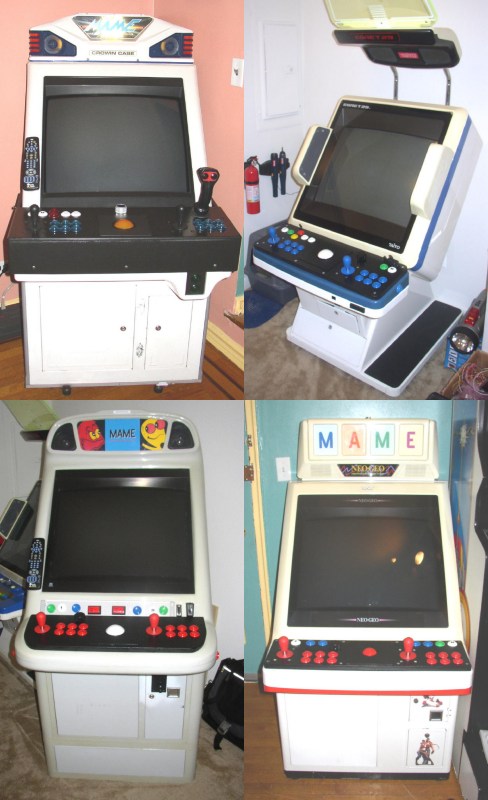 All four of these crimes were committed by a single MAME profiteer, who surely must be one of the most evil people ever to live. From top left to bottom right: CWC-203, Egret 29, OK Baby, Neo 29.

But it gets worse. To the left is a rare Candy 25 (from Japan of all places) with a very bad monitor refit, and to the right is what used to be a Jaleco Pony Mark IV before its guts were shoved into a poorly-designed cabinet. 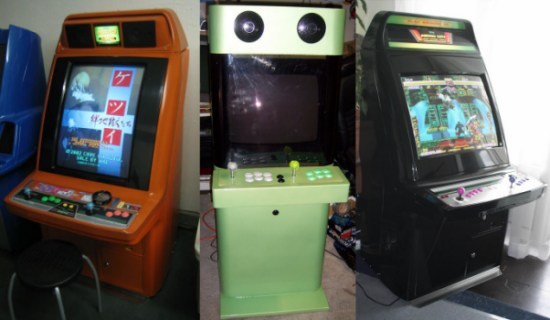 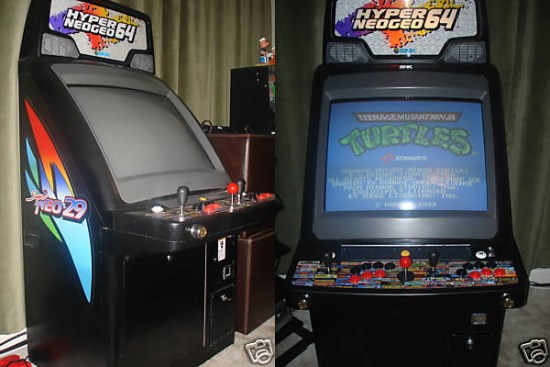 Rule number 3, if you must MAME your candy, do not build custom control panels for it. This guy gets an F- for not following any of the rules. 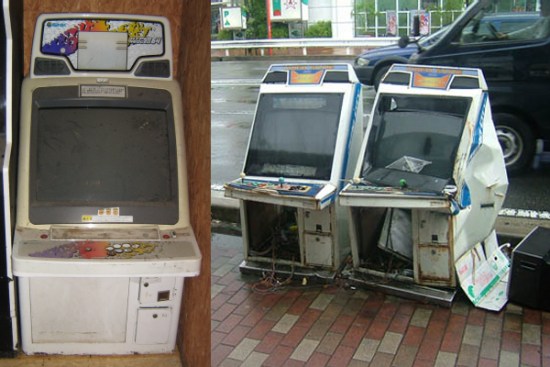 It’s a bit like seeing a Lamborghini rotting away in a junkyard, isn’t it? 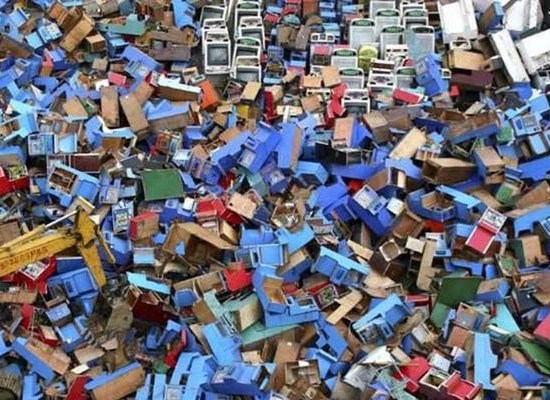 This picture is from a “piracy graveyard” in Hong Kong. In this case they have gathered up gambling machines, including what we can only hope to be knock-off candy cabinets, so they can be destroyed.