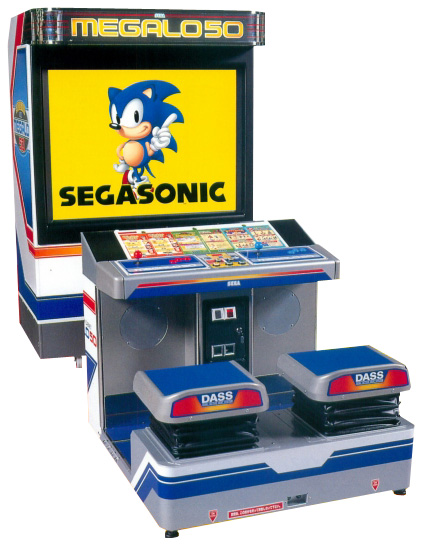 In 1991, with the release of Capcom's Street Fighter II, the fighting game boom began, and tournaments became popular fixtures of game centers. A company called Daisho quickly developed a 50-inch projection cabinet called Tenga. Few of these machines were released into the market but the cabinet was used for events and its eye-catching appeal made players want to try it. Shortly after that the Megalo Series debuted. Using a large-screen projector the Sega machines were warmly received and quickly spread. Released in 1992, the Megalo 50 came in two varieties, standard and deluxe. The deluxe version featured two seats capable of moving left and right. It was possible to load up to three PCBs into the machine, and players could select which game to play. Because projection technology was not widespread at that time, the Megalo's projector cost 1.52 million yen (about $14,000 USD). The standard version weighed a hefty 356 kg. There are no reviews for this cabinet